The university was founded in 2011 in the city of Istanbul, and in the academic year 2012-2013, the University of Üsküdar received its first students. In April 2014, Üsküdar University launched the Science and Ideas Festival, which includes entertainment, for high school students to present their ideas and projects in an academic environment. The festival continues without interruption every year. In June 2014, Üsküdar University presented its first graduates. 270 students graduated from the Vocational School of Health Services, who successfully completed two years of education, with a magnificent party. NPİSTANBUL Neuropsychiatry Hospital, which is affiliated with Üsküdar University, became the first private psychiatric hospital accredited by JCI which was entitled to receive AMATEM license from Ministry of Health in December 2014. In 2015 the university represented the Turkish state in the brain initiative program launched by US President Barack Obama, and later this year, professional radio and television studios were created for students of the Faculty of Communications. Üsküdar University and the NPİSTANBUL Brain Hospital Center were opened in Cologne, Germany in November 2016 to provide educational and health consulting services in Europe. In December 2016, a pediatric podiatry unit was added to the University of Üsküdar Medical Center. The University invented the University’s Classic Awards in 2016 to reward the ideal people who have contributed to society.

As a university specialized in the field of health and behavioral sciences, the university has achieved excellence in psychology, philosophy, health, genetics, and engineering, and has devised many pioneering and new methods and combining technology and mental health with our clinical experience in treatments of nervous, psychological and magnetic stimulation, which we apply by measuring brain functions using Thought technology, We have a realistic claim to produce science at the highest global level, thanks to our increased ability to work in multidisciplinary fields using our existing technological infrastructure and sharing new technologies. We have included faculty members who have patented brain cells and schizophrenia patents, with an interest in research and development, technical initiative, provision of a nursery science center, patent production and science sharing through Techno Parks. The university is trying to open up to international accreditation in line with its goal to be an internationally accepted international university. Providing opportunities for future careers, which are gaining increasing importance by developing career plans that accelerate the participation of our students in the workforce and obtaining a model “of cooperation” at the university hospital. The university has an institutional culture and ethical values ​​that are concerned with the quality of graduates, the philosophy of lifelong learning and specially designed education options

To be a pioneering and global mindset that develops research and application programs with an innovative, future-oriented educational approach to educating highly-qualified people and producing knowledge, and generates value for social development.

Raise the individuals who produce the new generation of scientific solutions to the basic problems and needs of humanity, especially in behavioral sciences and health fields, respect for the environment and nature, and protect our institutional values. 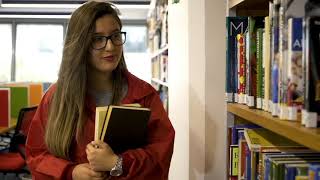